…for a couple of hours!

I had to teach my Yearlong Album class on Sunday morning and my dad had said he would take us sailing in the afternoon if the winds permitted. The problem with Newfoundland, my friends? There’s either no wind or there’s too much!

It was pretty gusty but we haven’t been on my dad’s boat all summer so we went anyway, with a last minute addition in the shape of my friend Lori who gave me puppy dog eyes when she heard of my afternoon plans! 🙂

My kiddies love the boat, M is always asking Poppy to take her out and she actually has been out a couple of times this summer with him while the rest of us slave away at work!

He looks pretty intense because he’s steering us out of the harbour. It’s always good to avoid banging into the other boats!

I think sailing stresses him out a little (though he’ll disagree!). He’s always holding the kiddies,which they hate, even though both are in life jackets, and Dad keeps them tied to the boat. If they happened to fall over (highly unlikely) they would dangle over the side which might make for a funny picture and story in a LO! No worries, I’m not about to stage it – M and G would probably love it and want to hang over the sides forever! I guess if one was port and the other starboard they would at least balance out…. 🙂 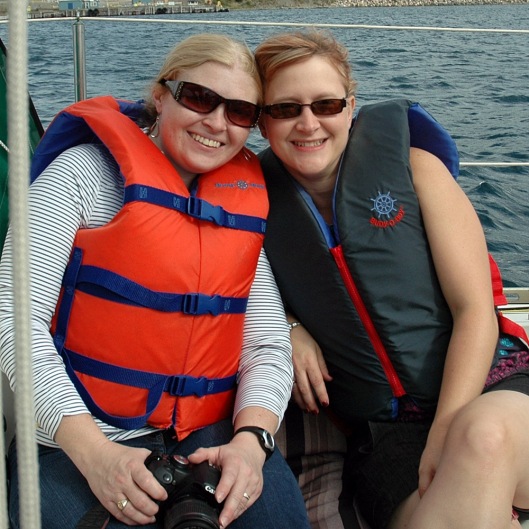 She loved almost every second. I say almost because with the gusty winds we heeled pretty severely a few times and she wasn’t a fan of that, even after Dad explained the whole centre of effort deal.

She was in her glee – the more we heeled, the more she laughed. Definitely born to be on the water, that one! I would show you pictures of that but my camera chose to quit working about 10 minutes into the trip…. 😦 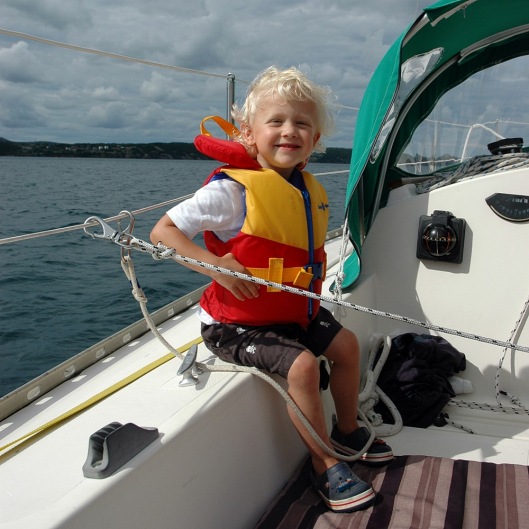 He loves the boat too, though is not the fan of water that his sister is. He likes to freak out his father and sit on the edge… Makes me laugh! 🙂

All in all, a great couple of hours on Pyxis 2, followed by ship’s dinner of canned ham, potatoes, and veggies. And cookies, of course! 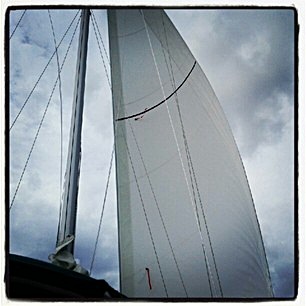